Discount only available on your first order.
By completing this form you are signing up to receive an email every now and then with new product launches and offers. You can unsubscribe at any time. 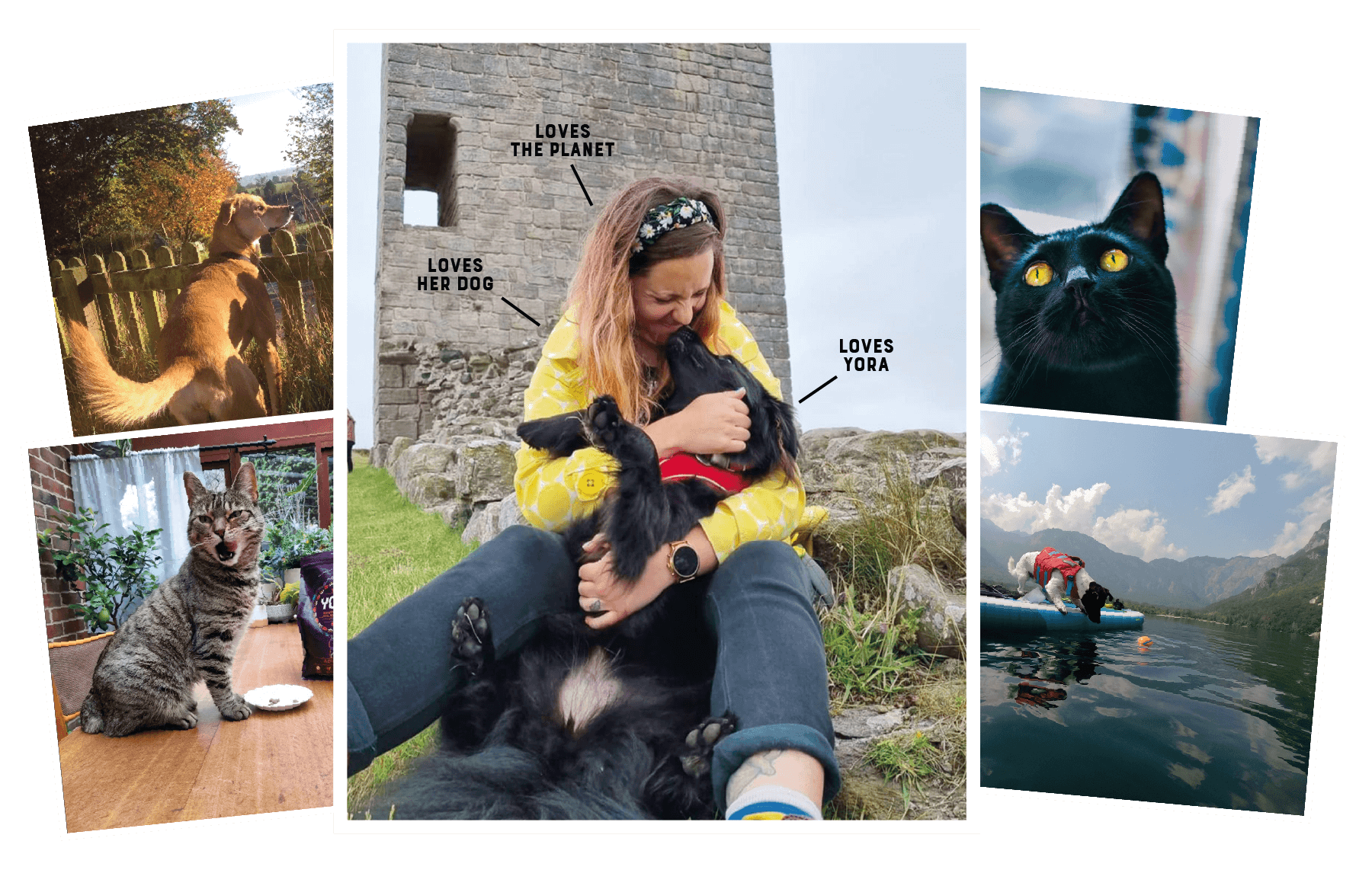 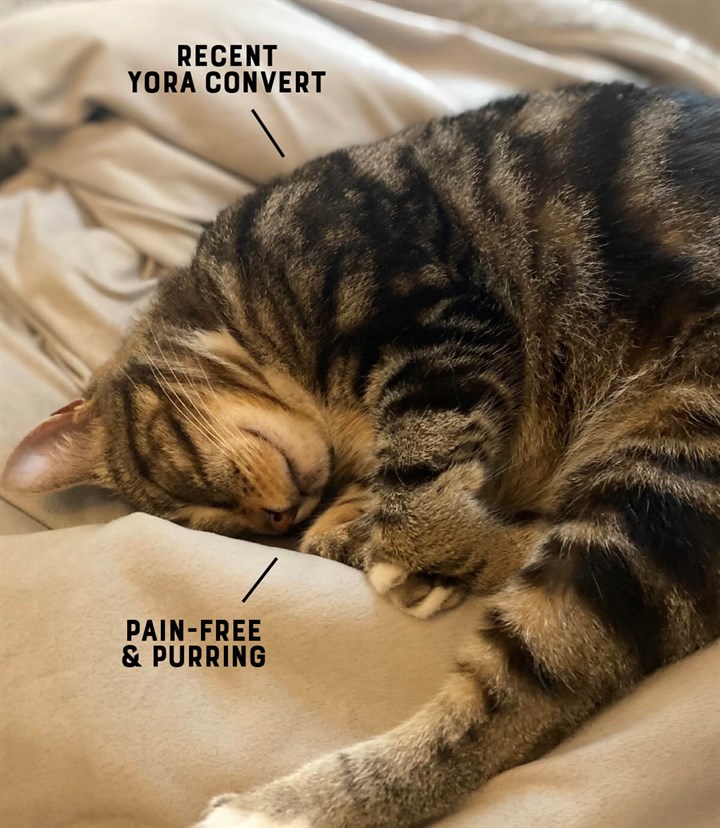 My eight year old cat, Pixie, suffers from an unknown allergy that makes her skin itchy and irritated. After switching to Yora, this is the first time in her life that her fur is gorgeous and plush. More importantly her skin isn't causing pain or discomfort. 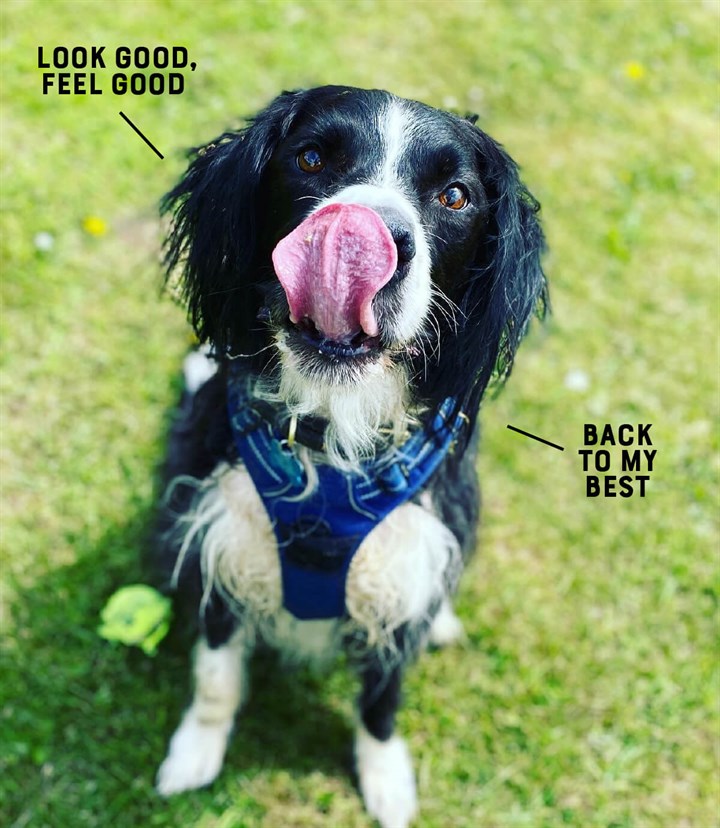 My eight-year-old dog Rudy became unwell due to a rare autoimmune disease, but Yora has provided amazing nutrition during this super-difficult time. Thanks to Yora and his meds, his coat has grown well, he looks healthy, his stools are fantastic and he's thriving! We love Yora! 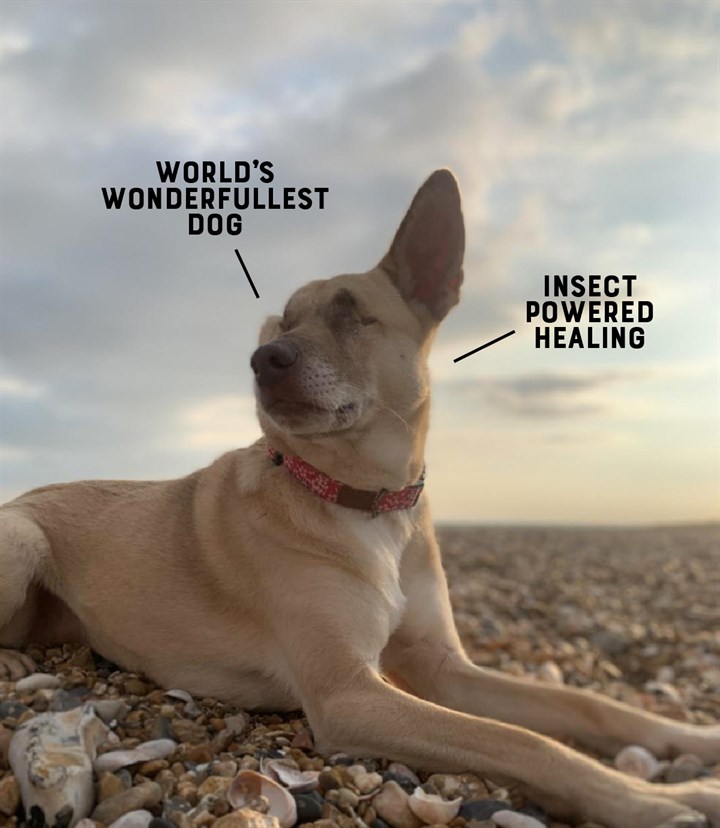 Maggie is allergic to most meats. We tried everything and had almost given up when our vet recommended yora. She’s been happy on it for a year now, her ear has finally healed up and her tummy is a lot more settled. her brothers and sisters all love it too!
I can safely say that Reggie enjoys Yora and gets excited when a delivery arrives. This great pet food has sorted out his allergies where prescriptions from the vet couldn’t.
Lesley tyler
& Reggie
Nothing was working in controlling my 14-year-old border terrier’s chronic colitis and diarrhoea, including an expensive veterinary hydrolysed-protein diet. As a last throw of the dice we introduced Yora and the change was almost immediate. We have a much happier dog, who’ll now hopefully enjoy a longer and healthier old age.
Jacqueline Cann
We took Yora protein bars with us when we climbed a mountain with our three dogs. They went crazy for the flavour and got a well-needed energy boost! Within minutes they went from being a little fatigued to bouncing around! I highly recommend them as they certainly pack a punch.
AJ Myring
Yora’s food donations have helped so many dogs at our Animals in Need charity in Northamptonshire and we’re glad that we discovered a brand that’s better for the planet and has great ethics. Not only that – my own dogs gobble it up and it’s made a huge difference to their skin and coat health.
Annie Marriot
Yora Ethical Rescue Programme member
I’d recommend Yora to anyone after seeing the direct benefits of this amazing food. I have 18 dogs and previously, I'd never found such a good food that suits them all. They love it and it's great for the environment, too! Since joining Yora’s Ethical Breeders Club, the team has been my ‘go to’ for advice and support.
Abby Belemy
Yora Ethical Breeder Programme member
My name is Edna, I slowly stroll around, I love my special hugs, And my Yora bugs, The best food that my mum has found! I’m 23 (and a half) years old, But I’m still a feisty cat, If someone sleeps in me bed, Well, I’ll bop them on the head, And that will be the end of that! Love Edna x 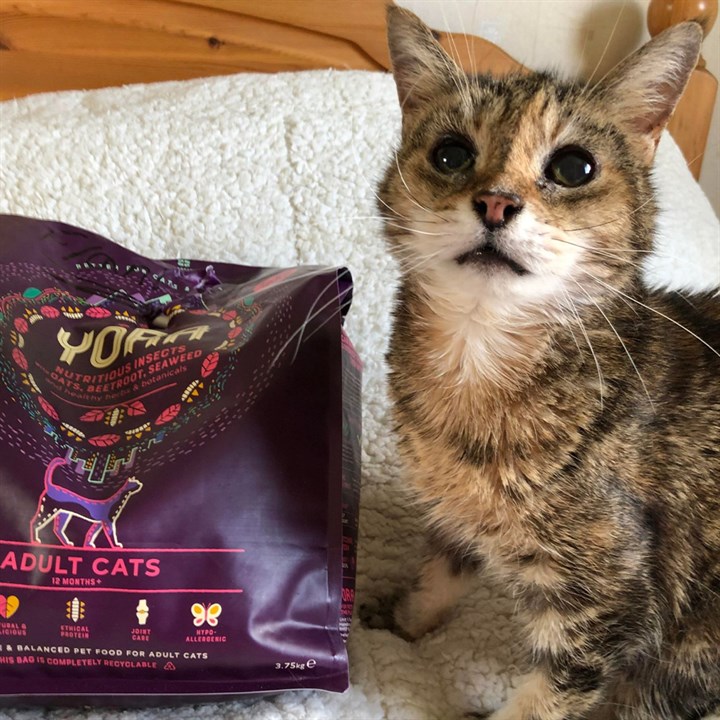 Jet
& Edna
Despite being on a grain-free diet with a high-meat content, our Rottweiler, Bruce, always had ongoing issues, including poor coat health, reoccurring eye infections, stomach problems and bouts of hemorrhagic gastroenteritis (HGE). After switching to Yora, he looks amazing and the difference has been incredible. I only wish I'd gone down this route sooner.
Michelle Jones
& Bruce
I originally tried Yora because it’s a sustainable pet food, but stuck with it because the cats love it!
Sue Shorter
After buying the first bag, it was like a miracle. My dog’s skin stopped being itchy and flaky, she stopped gnawing her paws, she slept more at night, was active during the day, and wanted to play and walk for longer. I’d never switch back to a traditional meat-based diet. Yora is brilliant.
Sam Jaquet
My labrador has allergies, so I was really worried about finding a dry food that worked for her. But Yora has been amazing and she’s never looked so shiny! She also loves Yora Pâté spread on LickiMats and interactive toys.
Isobell Byrom
I was very skeptical that my two cats would enjoy Yora, but after a few months of feeding they're still obsessed with it! I can see a real difference, especially their healthy coats, and they don’t beg for food anymore, which is a bonus! Yora is an absolutely fantastic pet food.
Jasmine Carter
& Loki
I re-homed Mac to replace my previous PTSD support dog who’d passed away. He arrived in need of TLC, lots of training and an improved diet, but after switching to Yora the difference was clear. When we open the food cupboard, he stands to attention and we’ve noticed his coat is super shiny and less smelly. Mac loves it!
Mac
Page 1 / 2